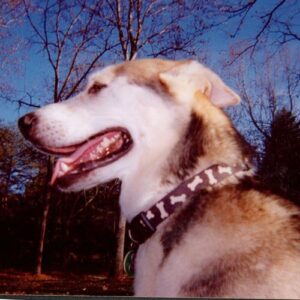 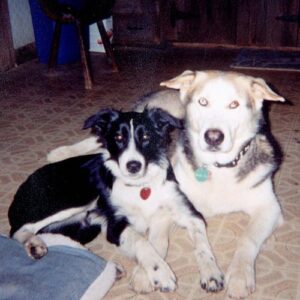 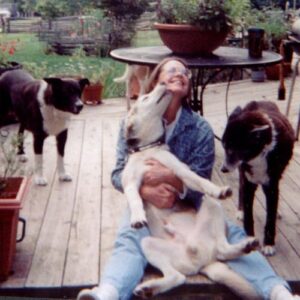 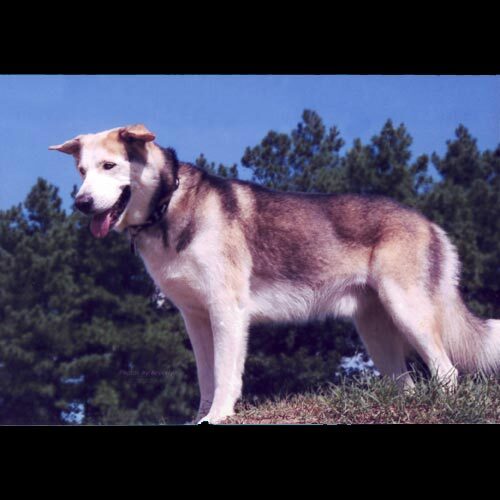 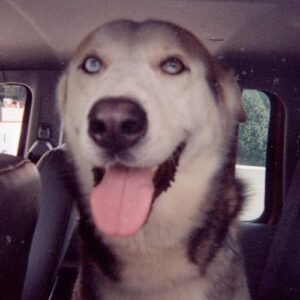 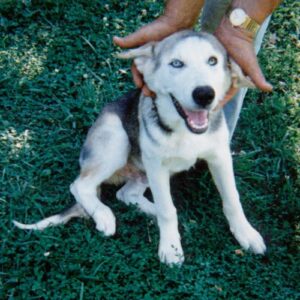 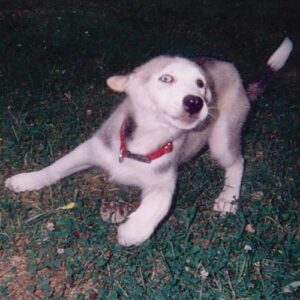 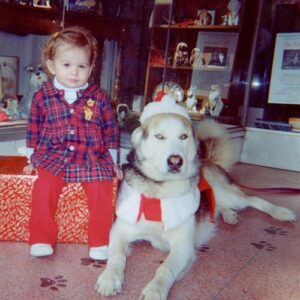 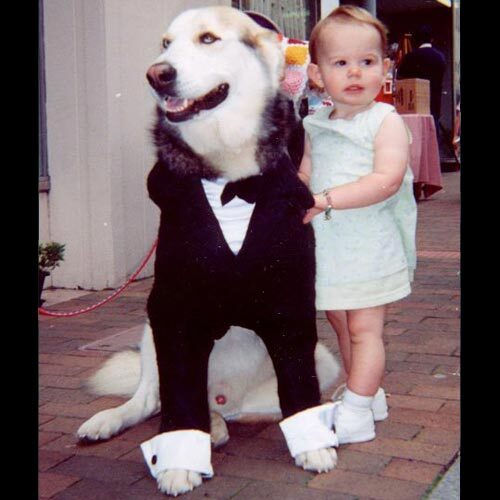 On June 1997, an insensitive person abandoned a puppy by the railroad tracks in Florida. Confused, the puppy took refuge under a parked car. Fate put Carole Adams, who was on her way to Boca Raton, in close range of the terrified puppy who later would be known as Mosby.

Mosby became comfortable with his new home and family. He loved and respected every two and four legged creature he met. He knew he had been given a second chance at life. Mosby demonstrated unique social skills and a peaceful co-existence with life.

When Mosby was two years old, Carole began to take him to work with her in downtown Staunton, VA. It seemed his dream was to love and be loved by all he met. Most customers could not resist the urge to stop and pet Mosby. This began his adventure into the world of people, showering love and kisses on all he met.

Mosby’s home away from home was in the historic district of Staunton. Tourists who stopped by the gift shop often planned their return trip to include another “Mosby moment.” Mosby could warm anyone’s heart. His charm was contagious. Merchants, bankers and citizens of Staunton became a part of Mosby’s life. People knew him as their “unofficial” mascot and Ambassador of Goodwill.

Blessed with his easygoing nature, Mosby was a natural candidate for pet therapy dog training. He became a certified pet therapy dog and visited local nursing homes. For many of these senior citizens, Mosby provided an enlightening relief from an otherwise uneventful existence.

On August 8, 2003, Mosby’s life ended suddenly from the blast of a shotgun. Public outrage became a national story. Mosby’s story spread and hit the Associated Press. People Magazine wrote a feature story on the murder of Mosby. In February 2004, the man who shot Mosby was tried and convicted of Felony Animal Cruelty. He was fined $1,500 but received no jail time. There is some comfort knowing that Mosby’s death and public outcry demonstrated that most people have zero tolerance for anyone who acts with cruelty and malice towards companion animals.

To insure that Mosby’s legacy of kindness and compassion to all he met endures, Carole and friends established “The Mosby Foundation”. The Foundation raises money by contributions for the purpose of giving rescued, sick, injured, neglected or abused dogs the second chance in life that Mosby was given.